In which I confess my secret

(This entry is about one of my major failings as a teacher. I assure you that I am not fishing for compliments or anything from the community here--just needing to get it off my chest.)

It's finals week at our school and this brings up one of the most shameful aspects of my classroom.

My students consistently do poorly on standardized tests.

The two sections of precalculus that I teach have, in local lingo, Common Course Exams. The district writes the exams for all precalculus students in the county to take and this counts as the final exam for every precalculus course (no curve). It consists of 50 multiple choice questions and we teachers are not meant to look at it until we are handing it out to students to take.

The issue doesn't just start there, though. For other courses I've taught with these CCEs in the past, the same issue has arisen. And most ashamedly, in my students' AP scores. Last year, for example, not a single one of my 19 Calculus AB kids passed with a 3 or better on the AP exam.

What makes me feel worst about this is that I don't know why this is an issue for my classes.

I have a list of excuses below, but ultimately I feel like I am: 1. Misrepresented by the data (which has cost me the chance to teach calculus next year since the principal is not happy with the scores from my previous classes) and B. Letting down the students who do seem to be trying.

Rebuttals to excuses above:

So, I don't know what to do about this. Whenever I get results like these back (which is too often), I get depressed and want to give it up. Not teaching, because I couldn't give that up, but maybe these "new fangled methods." If I'm going to be judged on standardized tests, maybe I should go with the tried-and-true methods of drilling homework for grades and a standard quiz/test system that gives students one high-stakes chance to get it right.

I don't know. I'll have all summer to get over it (until AP scores come in, I guess) and should come back around. I know my students know the material. They have it mastered from what I can tell in class, but they can not show it when the data counts. I took it as flukes the first couple years of this happening, but now it has become a pattern.

Altruistically, I know my students are learning and enjoying learning. They master all of the skills on the curriculum and then some. They are challenged and enjoy me as a teacher. An interview with ANY of my students (even those who gave up on the class and failed) would let you know what kind of teacher I am. Ultimately, they learn and that's what counts. I just hate that I may end up a martyr for it.
Posted by CalcDave at 5:02 PM 4 comments:

Our little baby's all grows up!

A couple weeks ago, it was (unexpectedly) senior skip day at my school. I found myself with no more than a half dozen kids in class and was torn about whether to actually teach/review something or do something more “fun.” (It’s sad that I, too, separate the two too often.)

This was my opportunity to try out something I’ve seen all over blogs and have wanted to do, but never got around to it. It’s a classic story in math circles and that’s all I told on that day (not having more ready), but I thought I’d update it with more modern visuals. You will already recognize the story by having glanced at the pictures below, but many students have not heard this yet by the time I see them in their lives, so it will still be novel to them, but the questions may venture in different directions.

I think a “pure WCYDWT” would mean just presenting the pictures. Of course, this one comes with a cute and somewhat compelling story (especially if you include the “ending” that the emperor of India realized what was going on by about the 20th square and executed the man--these age kids love death), so you should gauge your own class as to whether you tell the story or not. I think the lesson will go similarly either way.

If you’re not tied to the story, though, doing this with pennies would be another interesting way to go (especially if you don’t mind getting a little political and talking about our national debt and other large money numbers). There is much less variability in the measurements and the visuals could be created more easily (and is more familiar to more students than rice). There are more extensions to other forms of currency (with pictures to be found on the internet fairly easily) and they all stack fairly nicely.

Here is the opening picture: 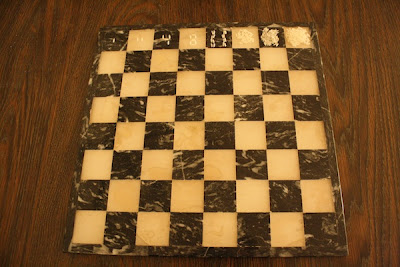 And some other angles: 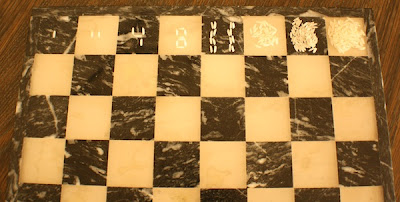 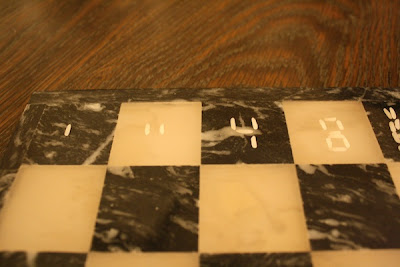 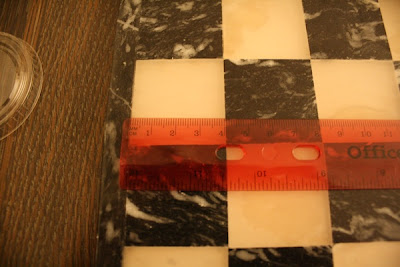 Some other useful pictures that can be revealed if questions take such turns: 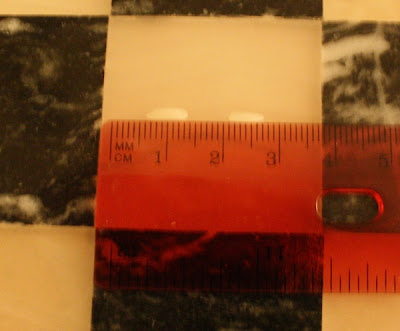 A few grains for scale 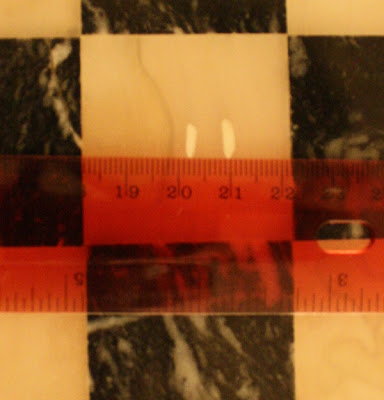 And to get the other side?

Somewhat political in nature, but good visualizations of rice in piles


I did it in my two standard precalculus classes and they each went in slightly different directions with it. In one class we got to the large scale by using the weight of a grain of rice (see the bottom of this page), then envisioning a 10lb bag of rice as a backpack. In the other class they didn’t know what a 10lb bag looked like (and google images is blocked at school), so we happened to find that the average length of a grain of rice was about 7mm and then just assumed it was a sphere (clearly too big, but we justified it by saying it puffs up when cooked and that might account for some of it and we truncated most of our decimal answers).

Our district is VERY strict about internet censorship, so my computer is the only one in the room that can access the internet (the kids could use their phones, but that’s also against school policy). Even my computer is blocked from such useful resources as google images and wikipedia, so we had to make do with what we had. So, I looked up what I could on my computer, but this would’ve been much more fun and interesting in smaller groups of students or if each student had his own computer to pursue his own questions.

By the nature of the problem I couldn’t get a picture of “the answer” so that’s perhaps somewhat unsatisfying. My students trusted the basics of the math, though, and I didn’t have any problems with this in class.

The questions I expected (and they asked)::


Some of my own questions brought up by theirs: